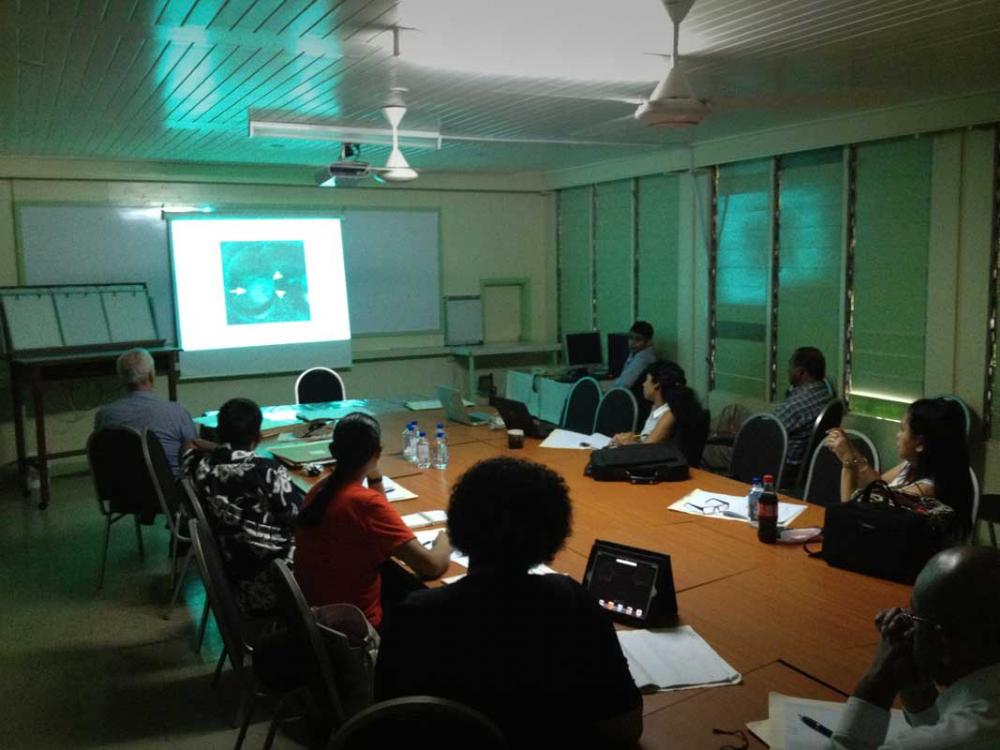 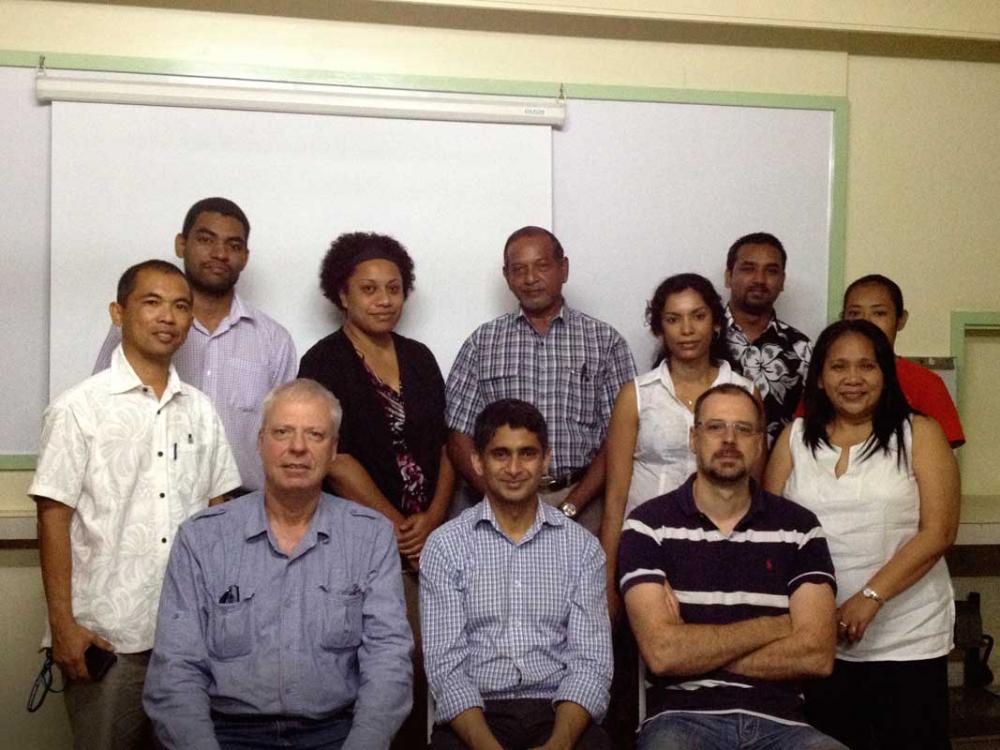 The RAB team with local delegates

This year’s Fiji lecture series was scheduled for 23-25 November. For the first time,because of time constraints with our annual leave, our visit was going to be short but intensive. As we did not want to reduce our time with the Fijian Registrars, compared to previous years, a change of venue was required from the capital Suva to Fiji’s second largest city, Lautoka after discussion with Dr Paula Nakabea and Dr Jagdishwar Raj, the Head Radiologists of the Colonial War Memorial Hospital (Suva) and the Referral Hospital (Lautoka) respectively. Lautoka is situated 30 kilometers from the main airport of Viti Levu, Nadi. We agreed on holding the lectures at the Referral Hospital and Dr Raj coordinated all logistics for which we were very grateful.

Our team of educators was boosted by the addition of Dr Jim Mullany, a former RANZCR examiner, who participated for the first time.  Jim’s decades of experience in teaching Medical Students and Registrars in addition to his legendary collection of teaching films were a blessing and we were grateful that he was able to take time out from his responsibilities as the Director of the Victorian Branch of the RANZCR to join us in Lautoka. Jim’s contribution proved to be invaluable and was embraced and appreciated by our Fijian colleagues.

This years program placed more of an emphasis on interactive teaching sessions rather than lectures; with one lecture and three “hands-on” sessions convened in smaller groups per day.

Participation from the Fijian Registrars was lively and they demonstrated significant improvement in both knowledge and technique compared to the previous years.

The series concluded with a brainstorming and debriefing session on the Sunday. The modified format for this year’s series was well received by the Registrars and provided us with greater insight into individual Registrar skill sets in both film interpretation and presentation.

Dr Raj spoilt us with local Fijian specialties during the session breaks as well a big night out in downtown Lautoka.

Similar to previous years, this lecture series turned out to be a great success and a very rewarding experience.