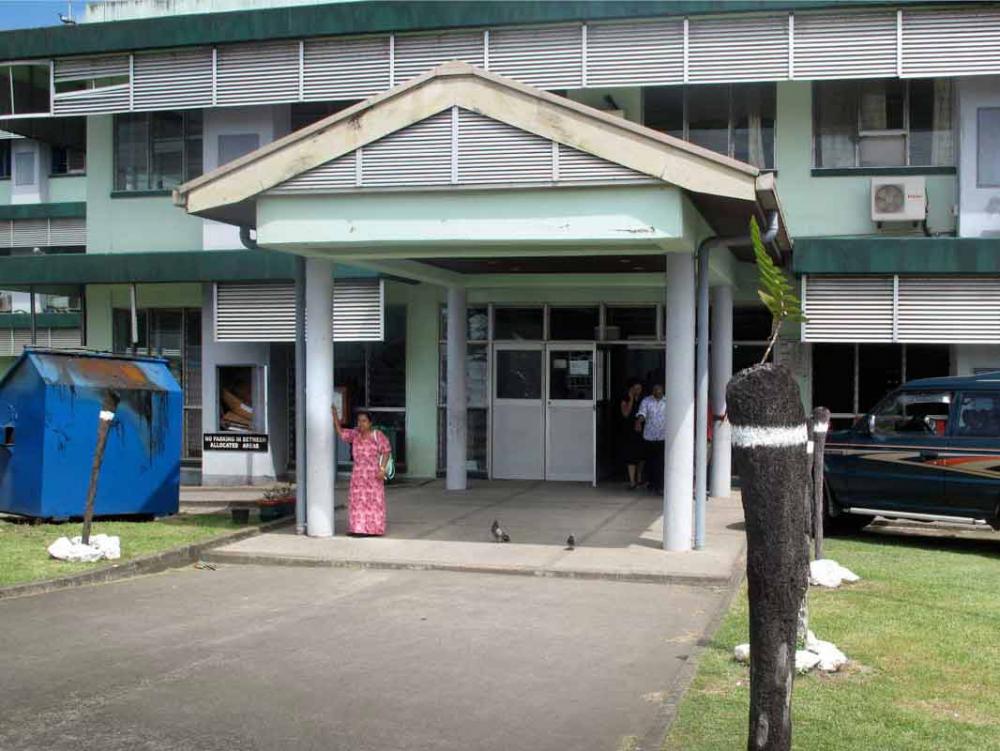 Entrance of the hospital 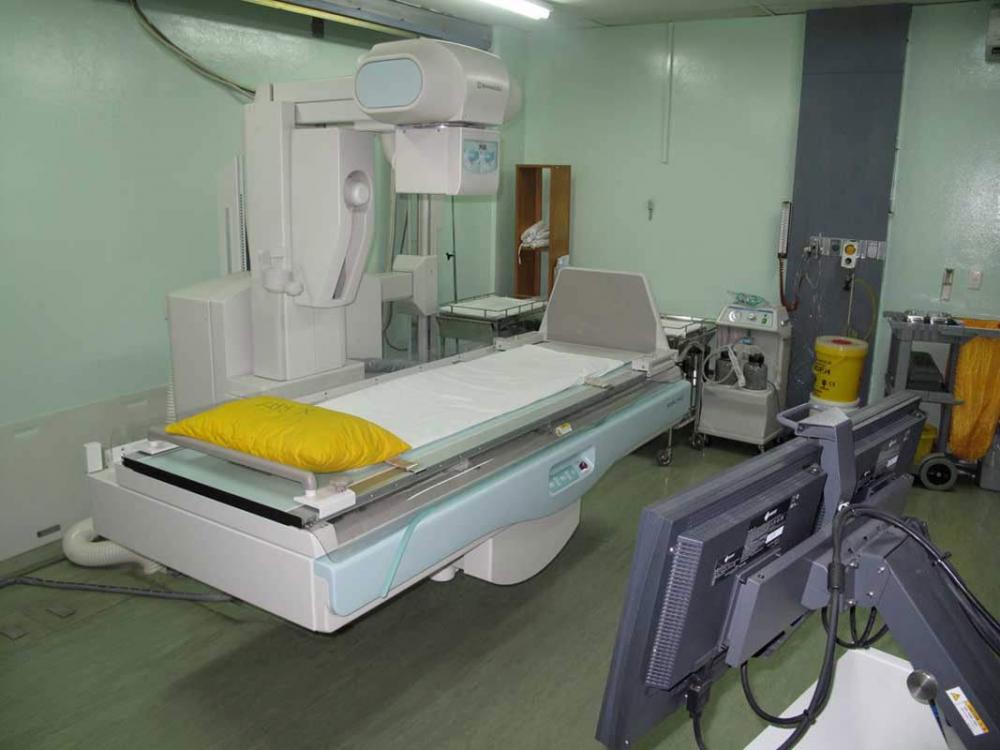 Since arriving in Australia in 2005 from Germany, I had planned to do some pro bono work in Australia or the South Pacific. However, being busy with starting a family, work and passing the part 2 radiology exam, it was only last year that I found some time to discuss this idea with my friend and colleague Suresh de Silva, an experienced Australian trained interventional/diagnostic radiologist.

In 2000, I had participated in a medical help project in Guatemala, which had been a very interesting and rewarding experience for me. Suresh on the other hand had planned a training/education project in the south pacific region for some time and had already started to make some inquiries into both Fiji and the Solomon islands.

Supported by the RANZCR, we eventually contacted Dr Paula Bavou Nakabea, the chief radiologist of the Colonial War Memorial Hospital (CWM) in Suva, Fiji's capital. Paula supported our idea to arrange a lecture series for Fijian radiology trainees and promptly commenced the logistic process of bringing them all together from the various sites on the two main islands.

Both Suresh and I had suggested talks in the fields of our special interest and expertise with Suresh covering diffuse / focal liver disease as well as kidney disease while I covered basic MRI, Breast- and MSK imaging. The topics were discussed with  Paula Nakabea,  and a programme was provided to Don Swinbourne, CEO of the RANZCR, and Peter Scally, Coordinator of Radiology Aid, South Pacific .

The programme included topics which, according to Paula, would benefit  his Fijian colleagues in their day to day work, but also give them a glimpse into Fiji's radiology future. Paula had informed us about their  plans to implement the pacific island's first MRI scanner within the next 2 years.

With annual leave arranged, our talks prepared and buckets of sun cream packed, we travelled with our families to Fiji in the first week of September. While our relatives relaxed in Pacific Harbour, a 45 min drive south of Suva, we took off to finally meet Dr Nakabea in person on a hot Thursday morning at the entrance of the Colonial War Memorial Hospital. The hospital is located elevated in the hills overlooking the picturesque Suva harbour.

Paula turned out to be a very friendly, distinguished, experienced colleague, who is on-call duty for the hospital  365 days per year. The CWM is the largest medical institution and tertiary referral hospital for the Fiji Is. The hospital was built and completed in 1923 by the British. It is also a teaching hospital for Fiji's main medical school, the Fiji School of Medicine which has now become a part of Fiji National University.

After introduction to his staff and a short tour through the radiology department, we started our first two presentations. Our audience for the next three days consisted of all Fijian radiology registrars as well as Paula . The registrars included two colleagues from the CWM and doctors from larger hospitals in Lautoka and Labasa, who had travelled to Suva to attend the series.

On each of the three days, two one-hour talks in the morning were followed by open film sessions in the afternoon. For these, we split into two groups and discussed interesting general, CT-, angiography and MRI-cases, we had brought from Australia. The open sessions allowed for a more personal contact with our Fijian colleagues.

The sessions and breaks in between also provided the opportunity to discuss interesting differences in population structure as well as incidence, morbidity/mortality profiles of diseases and diagnostic strategies. Not surprisingly, there were significant differences between Fiji, Australia and Germany, where I had trained in the 1990ies.

We also gave talks about interventional tumour therapy and cardiac CT to other hospital clinicians on our first day that according to Dr Nakabea were appreciated by our Fijian colleagues.

Both Suresh and I felt privileged to get an insight into Fiji's medical system and the Radiology Department of a Pacific island capital. We appreciated the opportunity to break out of our daily work routine and make a small, but valuable contribution to the radiology training in a beautiful country with charming people.  We do believe that the lecture series was well received by the clinicians involved, but equally we feel privileged to have had the opportunity to provide such a series and in turn be exposed to a different medical system which does admirably well with relatively limited resources.

We are planning a new round of lectures  for next year and other projects such as an internet connection for the exchange of interesting cases which Suresh and I are presently organising. Our ultimate hope is that through these small initiatives , we can make a positive contribution to the teaching and education of radiologists in the south pacific region.