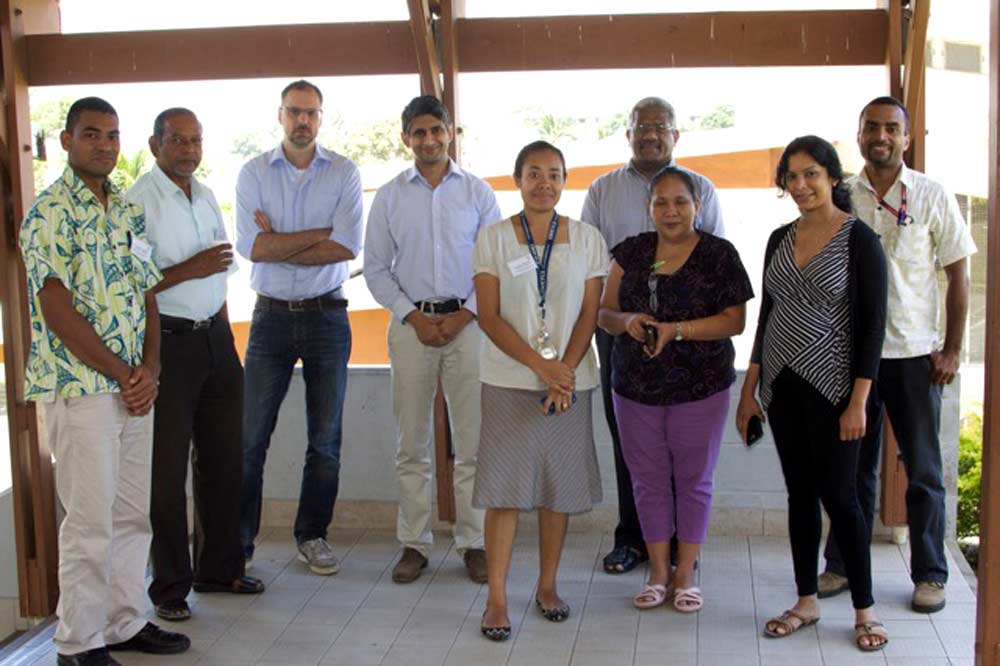 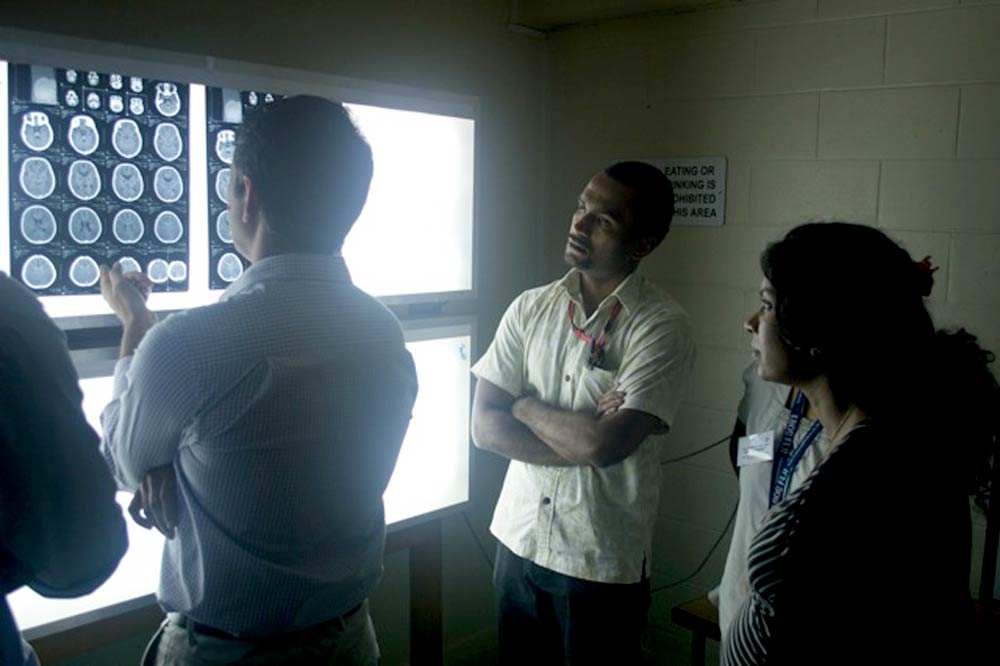 This year’s Fiji lecture series 5 were held from 27/ to 29/12 in Suva, Fiji’s capital. The event was hosted by Dr Paula Bavou, head radiologist of the Colonial War Memorial Hospital Suva and head of Radiology in Fiji. This year’s lecturers were held in facilities of the Medical School of the Fiji National University and conducted by Suresh de Silva, Michael Curley and Patrick Luckey. For Suresh and Patrick this was the fourth teaching visit to Fiji and the first trip to Suva since 2012.

Michael, who only joined RAB 6 months ago contributed for the first time. His vast experience in cross-sectional imaging as well as his long time experience in teaching both radiology registrars and clinicians made him an instant favourite with Fiji’s registrars this year. His broad experience in all things IT was highly appreciated by his fellow lecturers as well.

This year’s lecturers were again attended by radiology registrars and specialists from all over Fiji as well clinical colleagues from the Colonial War Memorial Hospital’s Emergency Department.

The event started with opening words by Dr Bavou followed by an overview by us covering various RAB activities since our last visit to Fiji. Each of us then presented one lecture as well as three structured tutorials for three groups of registrars over two and a half days. All in all 30 sessions were held and teaching was complemented by an Aunt Minnie quiz and a daily review of interesting cases from various Fiji hospitals presented by the local registrars.

Tutorials and film discussions were lively affairs and were greatly enjoyed by both lecturers and attendees. We as well were happy to notice a significant progress of theoretical radiology knowledge as well as film interpretation skillsby the registrars since our last visit in 2012.

The series were concluded with a tour through the newly equipped radiology department of the Colonial War Memorial Hospital. Dr Bavou demonstrated their 128 slice CT-scanner, 1.5 T MRI and PACS system, all newly installed since 2012.

On the background of this year’s lecture series we met with A/Prof. Olusegun ‘Soji Ajibulu, Head of Department, School of Health Science of the Fiji National University to discuss further assistance in training the Fiji registrars. Prof Ajibulu gave us a demonstration of his institution’s teleconference facility and informed us about a similar facility in Lautoka, Fiji 2nd biggest city. Both could be used to conduct regular web based training sessions from Sydney, facilitated by Avante IT group. Future plans for this were discussed. Prof Ajibulu further on asked for potential assistance in recruiting a senior radiologist to organise registrar training on location in Fiji.