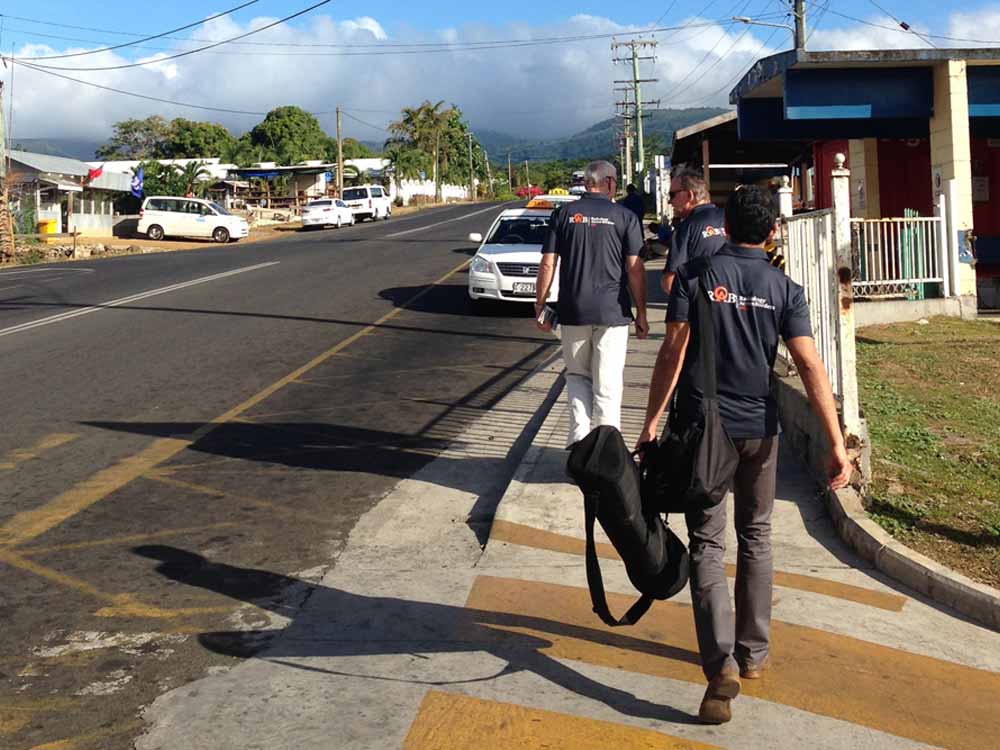 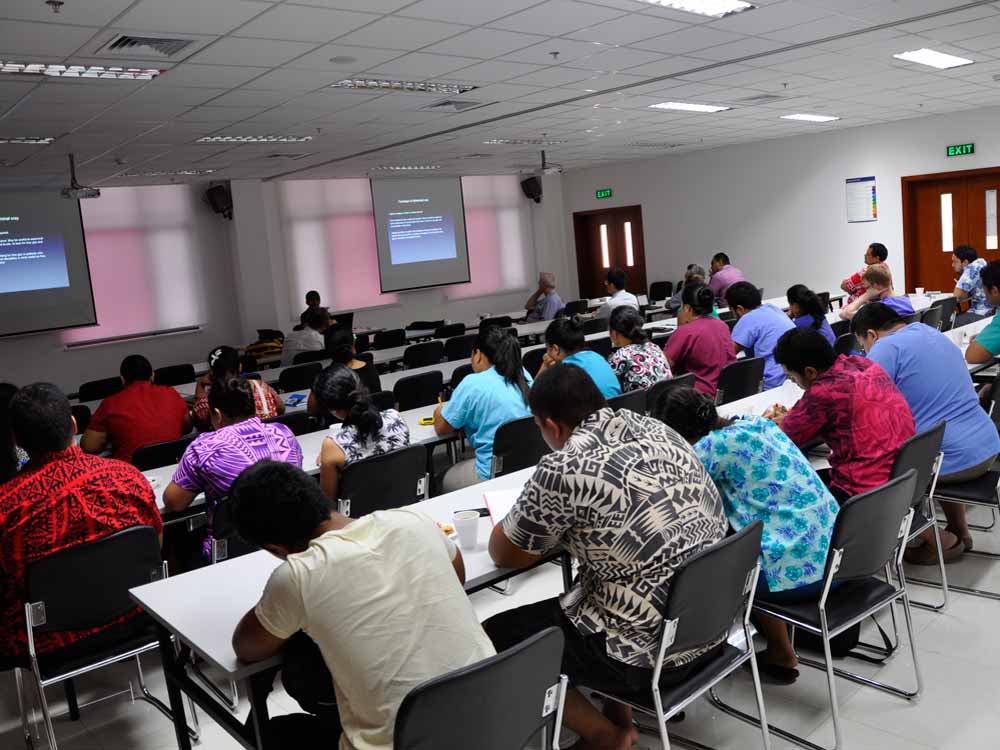 We were accompanied by Sander Dijkstra, Creative Director of Synsation, who recorded the proceedings and will be developing a video that we’ll share once complete.

As we had to fly to Auckland first it was a long trip, but certainly worth it. We found Samoa to be very friendly, and the capital, Apia, was clean and tidy, appearing rather prosperous for a Small Island nation.

The Chinese Government had only just finished building the National Hospital, and as Dr Glen Fatupaito, the local Radiologist, showed us around we were impressed by the facilities. The Radiology Department sported a brand new CT scanner and we were looking forward to getting started.

Each Radiologist gave four well-attended lectures, with about 30 local Doctors and Medical students making up the audience each day.

It was a hectic, but rewarding two days. Our talks were well received, and the hospitality we received was second to none. Our thanks go particularly to Dr. Glen Fatupaito and Dr Tupu Cleverly in that regard.