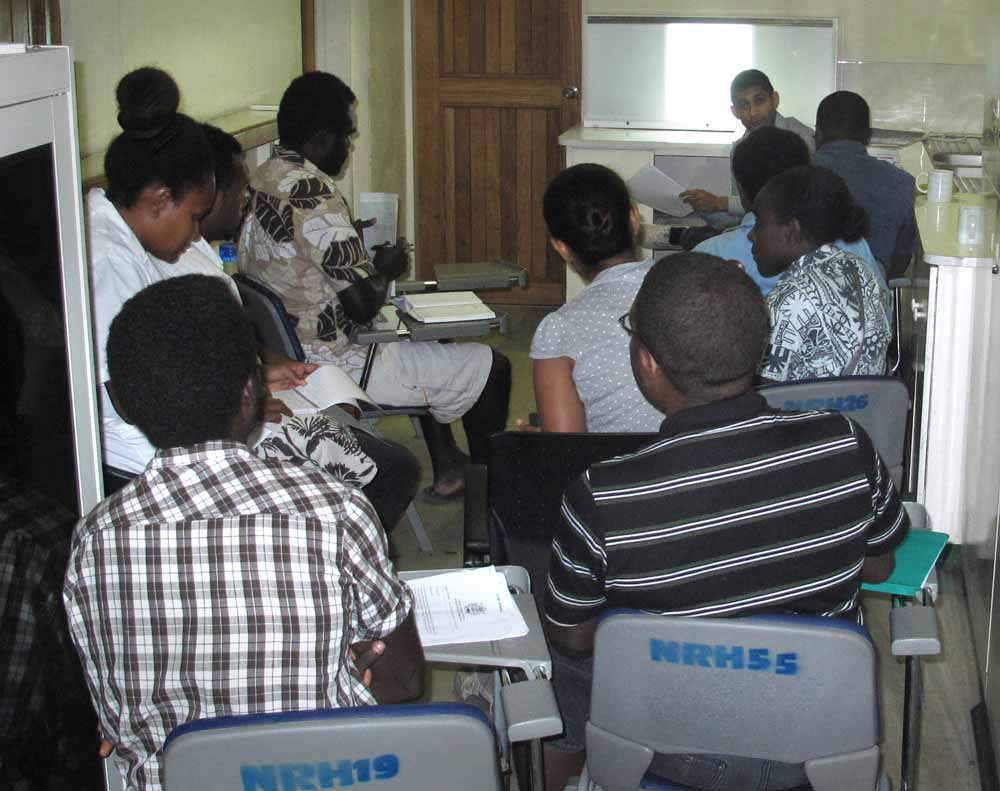 This year's RAB team comprised of three (3) Radiologists (John Pereira, Greg Briggs and Jim Mullaney) and one (1) O & G Imaging Specialist (Glenn McNally). We flew to Honiara early in the afternoon, and after a short time to refresh at the hotel, went almost immediately to The National Referral Hospital to commence our lecture series.

Unfortunately, Dr Aaron Oritaimae (Director of Radiology) despite organising the series was unable to attend due to other clinical commitments.

The three days followed a similar schedule to the previous year's Lecture Series with each lecturer giving a one hour long didactic lecture in addition to structured tutorials to smaller groups.

The lecture and tutorial topics included:

The weather was wonderful and as before, our hosts were hospitable, keen and attentive. We were given a tour of the hospital, including the Radiology Department (including the new PACS) and the paediatric wards, finishing up with a short tour of Honiara on the way back to the airport.

It was great to see that two new trainees have started and hear that the Hospital eagerly awaits a new mammography and CT service.

RAB looks forward to a long-term program of education, training and consultancy assistance to the Solomon Islands.

Lecture Series 3 in mid 2014 promises to be even better.